Handmade in London. Bold yet delicate, understated yet impactful. Designed to make you stand out, day to evening.

For this year's London Design Festival, my collective, JeDeCo, decided to pay tribute to all things Bond, inspired by the new film coming up this winter. So my brief was to design and create a piece of jewellery, inspired by the Bond film franchise. 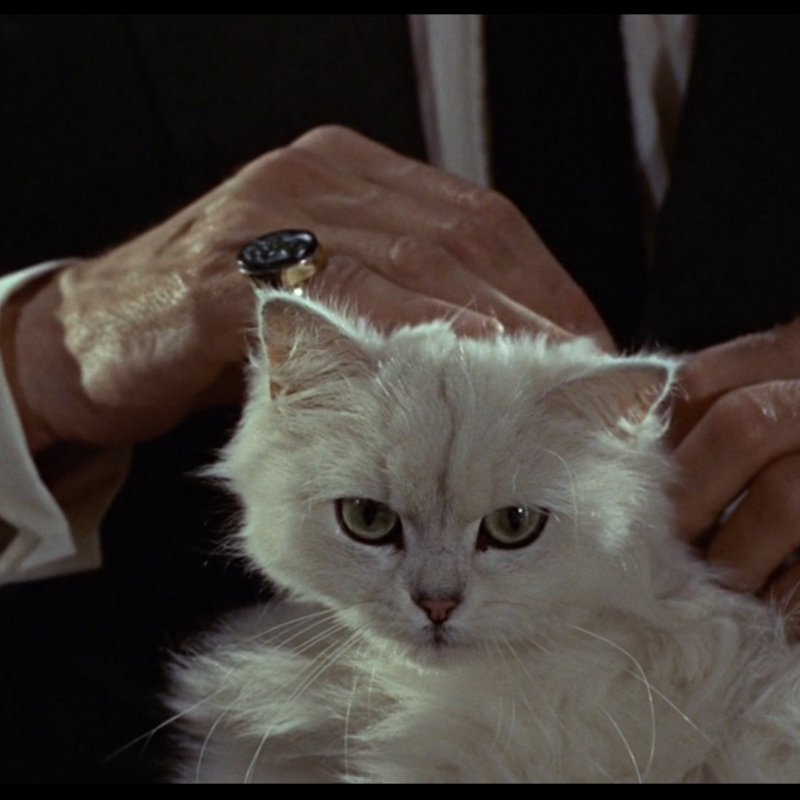 The image of the fluffy cat, being stroked oftent by the invisible Blofeld, Bond's arch-enemy, provided a style direction.

The cat had to be charming but a little dangerous, stylish and suave, not twee. This is a Bond character after all.

My cat takes a shine to the template I created, before I started working on silver. I took it as a good sign! 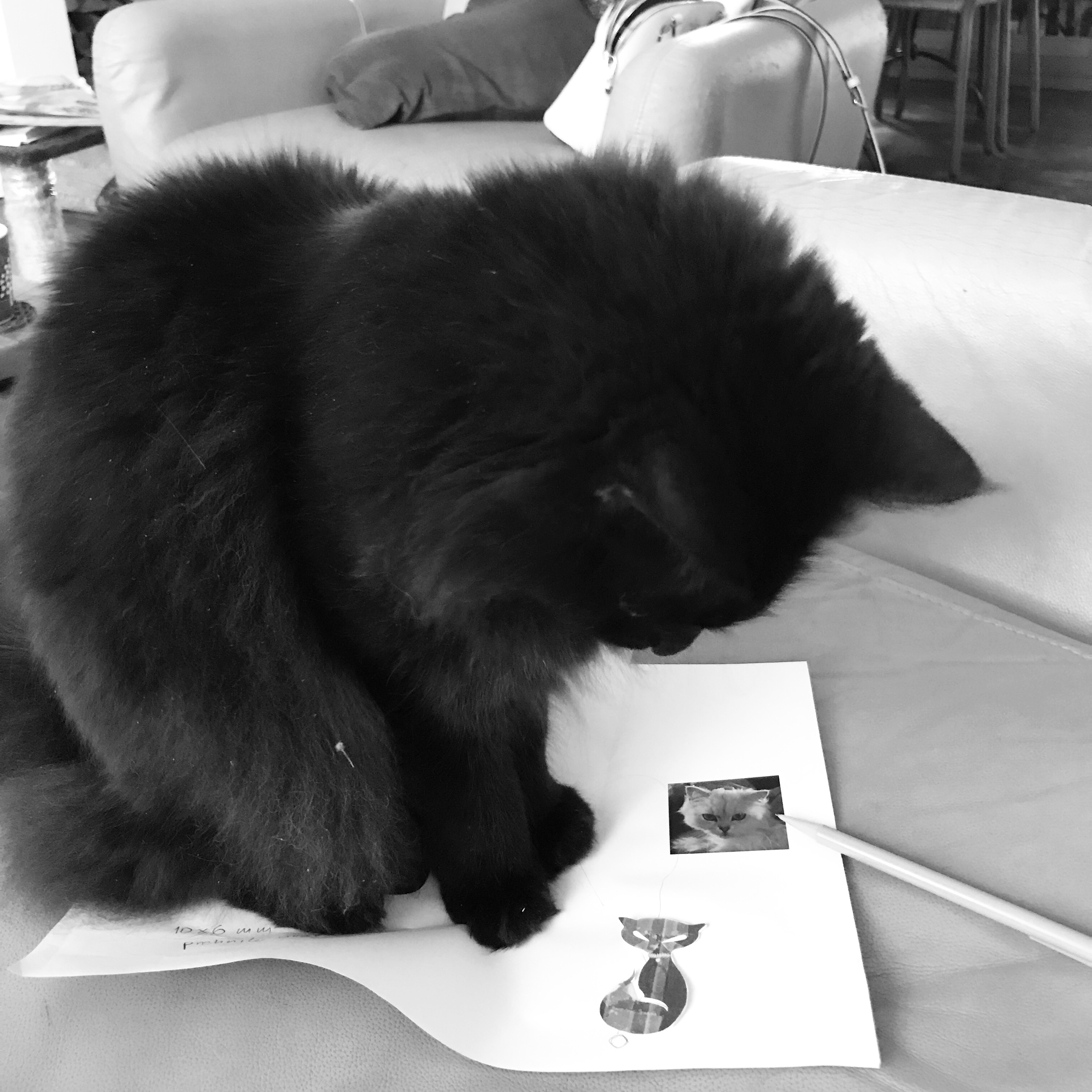 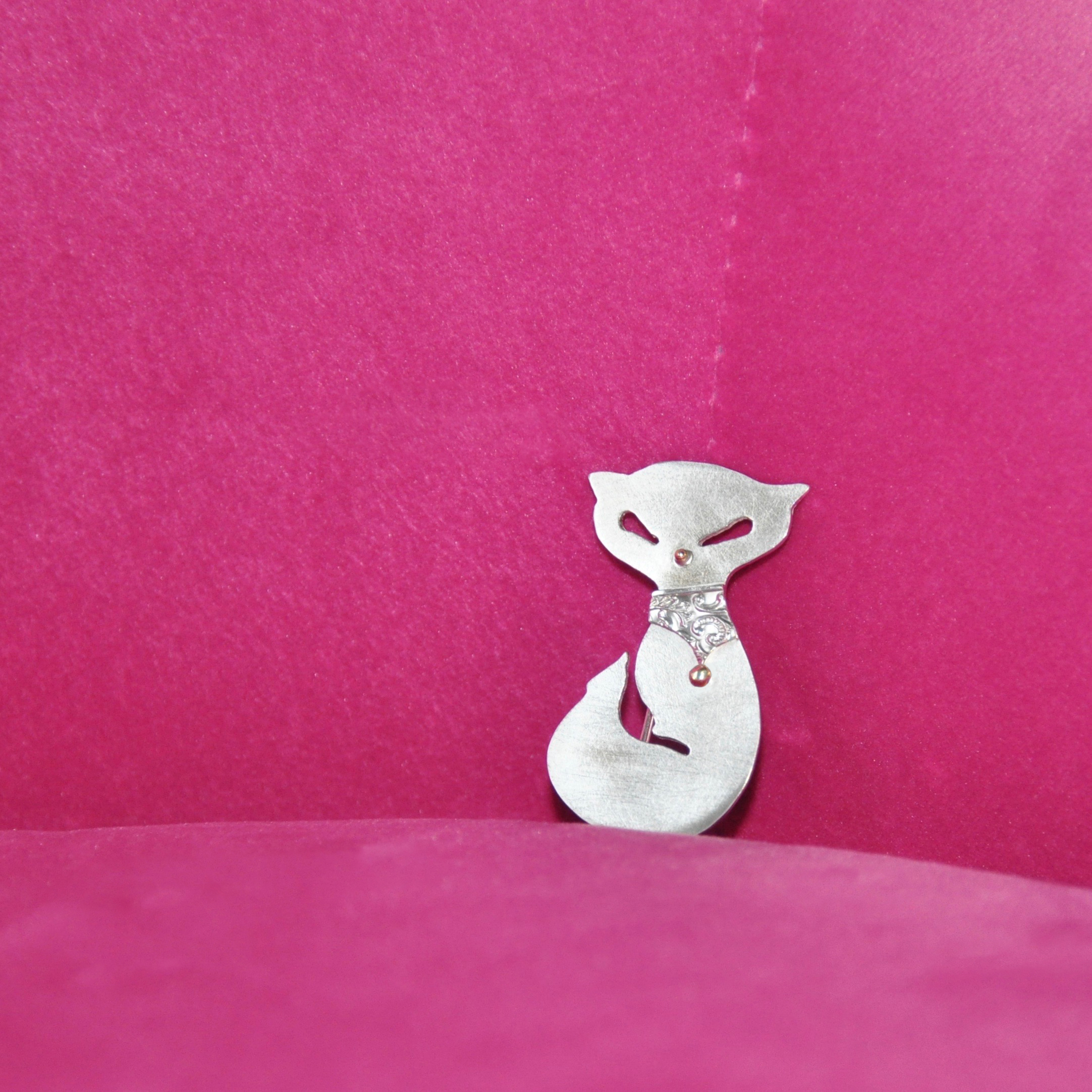 The finished article, a silver brooch with gold embelishments.

It's name? The Wrong Pussy.

Quiped by James himself in Diamonds Are Forever. Perfect.

The brooch will be showcased at my collective's gallery, OXO Tower, for the duration of LDF; 14-22 September.  Pop in to see it in the flesh!